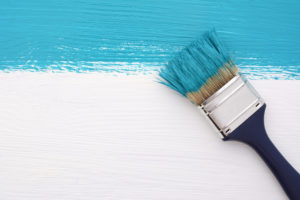 What Can You Find at Great Dane Auctions?

The writer of the piece focused on Nicky Isen for a bit because of his unusual bidding style. Nicky Isen didn’t raise his numbered card to bid, for example. Instead, he would call out bids from the back of the room. He would also up a bid considerably or make a starting bid that was far above the expected figure. He said he did this because he knew the rate for the prints and knew what he could get for them.

This expertise and showmanship is well on display at Great Dane Auctions. The Philadelphia art gallery and auction house has works from the world’s best artists, including Andy Warhol (of course), Pablo Picasso, Salvador Dali, Basquiat, Roy Lichtenstein, Renoir, Banksy, and many more. Great Dane Auctions’ inventory consists of more than 52,000 pieces and over $20 million in art.

In addition to that, Nicky Isen and his staff at Great Dane Auctions are always looking for the next best artist. If you are an artist looking to sell your work and maximize your revenue and exposure, Nicky Isen and Great Dane Auction welcome your submission. Artists have the option of selling their work outright or consigning it. Great Dane Auction is also a full-service auction house that offers collectors the opportunity to find work from new and seasoned artists. Learn more and find out when the next auction will be today by visiting www.greatdaneauctions.com.